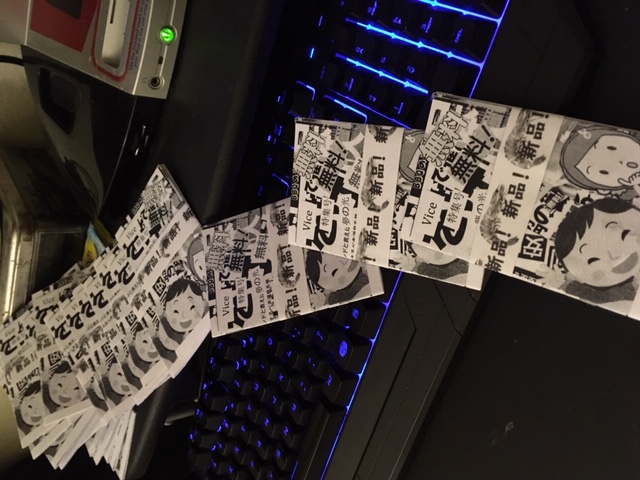 It has indeed been sometime since I have touched this site. The site feels like an archive of the past to me. I guess I had forgotten about touching it. The last time I posted on here I was still in my first year of college. A lot has gone on since then, many experiences. The world around me, and you, has changed since then. I regret not working on this, however I've got a lot of news for my comeback, good and bad.. Bad: Lately I got word that the service hosting this site, "Geocities Japan" is closing off in March. Therefore, this site will be obsolete into the cold wasteland of the internet's past. However I will do my best to preserve this, until then I'll be thinking thoroughly about how I will go about preserving this site. Thinking about getting a new hosting service(perhaps neocities if it's still around). Good: A lot of ideas have been coming to me for the next Vice Zine which hasn't been issued since March 2017. I was in the process of making the 8th issue back near the end of spring 2017, but left it after one article(low sodium street lamps were on my mind then). What I had just said is also a partial lie, but as a teaser to my comeback I did eventually release a new vice issue since then, last summer, however all copies were given out to select DIY shops/distros in Tokyo, Mishima and Kyoto duing my stay. All the copies were written in Japanese, however if you do happen to be in Japanese and need some reading material check them at these shops
Kyoto: Bonchi Kyoto(cool place), OOOCreative, Vou, Hohohoza, Hohohoza-sanjou
Mishima: Cry In Public(Amazing zine collective done by one of my fave zinesters Brian Huckleberry)
Tokyo: Cloud Arts Coffee
Hopefully the new zine will be manifested in the upcoming months. I will notify you on this site or the new site if the time doesn't come. Another thing I've been trying to come back at again is new releases under Xeh. It has indeed been over almost a year and a half since I released the last thing on Bandcamp called "one-sided sympathy"(shoegazy/alternative recording). However I have been exploring different sounds since and methods of using my VCR to make music videos for my electronic music. Since I have been exclusively releasing stuff on Youtube and Soundcloud through Xeh. The last youtube channel got deleted, but I upload my music videos for my experimental electronic stuff through here:
https://www.youtube.com/channel/UCQIWm2M3f6nYTYrTaMhcw_Q

I'll continue releasing music videos on there. I haven't released any E.P. or album since, but I am in the process of trying to find anyone who will distribute what I have worked on. Someone other than myself. We will see what the future holds. Anyhow, I'd like to thank each and every one of you who has supported me in the past and stuck around with me through the times. I really appreciate working with you all and producing art and material for you guys. Keep updated on what will come up in the future. Until next time... 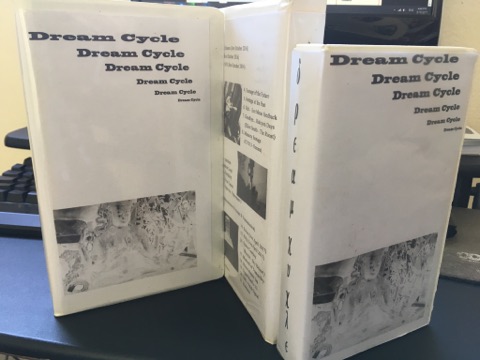 For the past 8 months or so I was working on this film that was recorded on VHS. Well finally just the other day I had finished this project. It was kinda fun while it lasted but lots of work. There is a lot of content in the VHS despite it being an hour and 30 minutes long. Starting with three live sets recorded early on in October and then moving on to random clips. Everything was dropped down to VHS and DVD, as you can see the picture on top is of the VHS copies which are still up for sale. If interested contact me through email to arrange something. There is a Vimeo link which part 1 out of 3 has been uploaded, but due to the weekly upload limits put on Vimeo, the other 2 will be uploaded in the near future. More Xeh recordings will be posted on bandcamp and other projects related sometime in the near future. Everything will be posted on here. 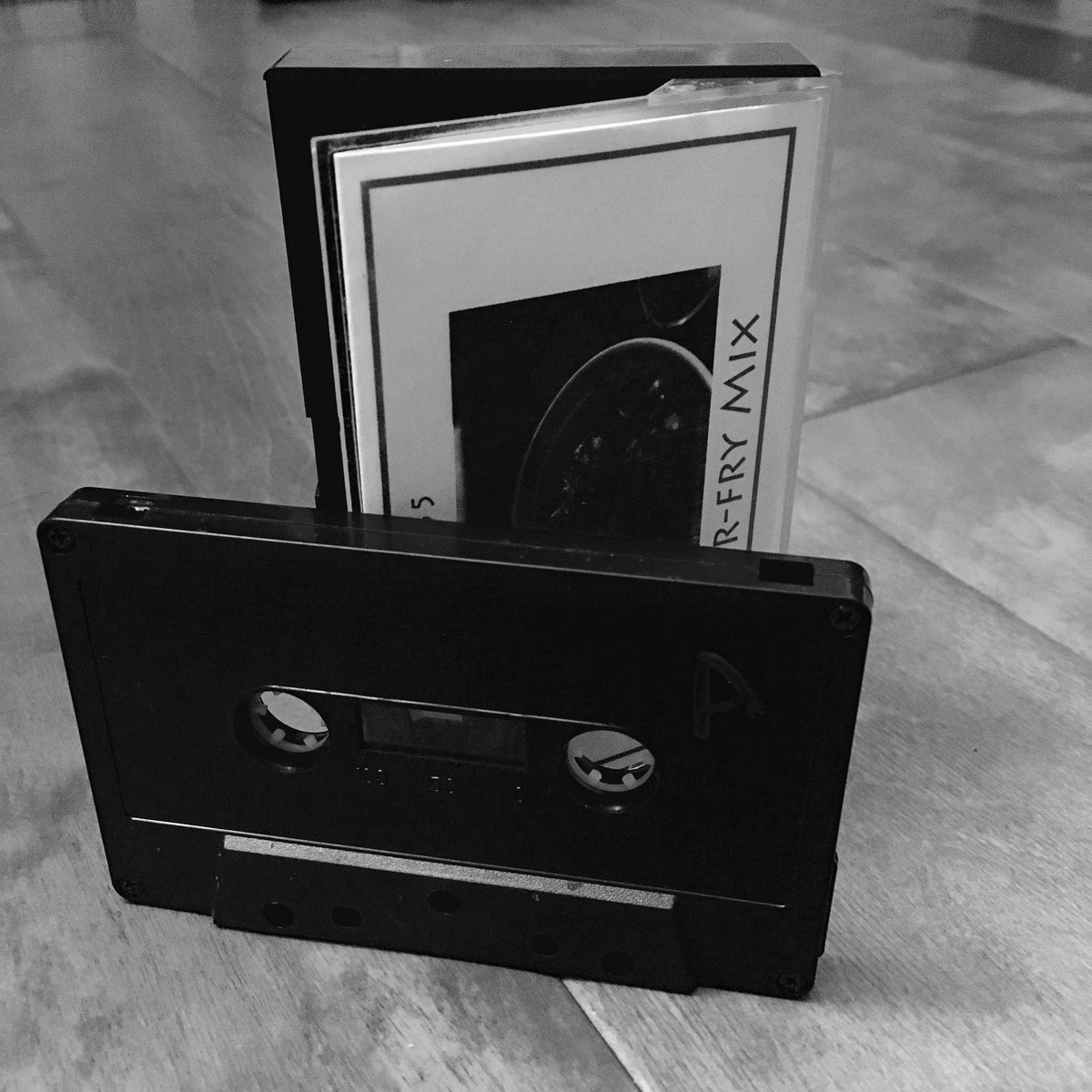 Hello everyone, 2017 had just begun and it's been nearly a year since I've posted something on here. Anyhow lately I've been busy working on many projects and whatnot but hopefully they will finish soon enough. Just the other day I've released a new album under the electronic project by the name of Stir-Fry Mix on cassette full of experiments and goodies, ect. Most of them are tracks done on a sampler. But if you are interested in a buying one, just message me through contact link above and I'd be more than happy to sell you a copy. Only 20 available! Other recordings and cassettes from other music projects are going to be released in the future. 6th issue of Vice fanzine is coming up within the next few weeks or so, keep an eye out for that. I've also been working on a VHS experimental movie/compilation which will be released sometime in the future. On the other end I've also made a new series on the 8ball55live channel featuring Yoyo458.First episode featuring gameplay of Day of Defeat and I also plan on uploading a few more tonight. I've also renewed the domain to the 8ball55-softwares.tk website for technology related posts and whatnot. Check it out! Also I am not sure if anyone has noticed, but I updated the site and gave it a new page. I decided to add a page dedicated to film photography, giving links to photos I've shot and developed since I've started back in June. I've developed most of my black and whitefilms that I've shot on, right now uploading my last negative stips. Although more color film from when I started film photography are needed to be scanned which I am in the process of doing. Hopefully they will be done sooner or later! Now it's just a matter of cleaning up all the mess that I've made, so I'll update you when everything's organized. 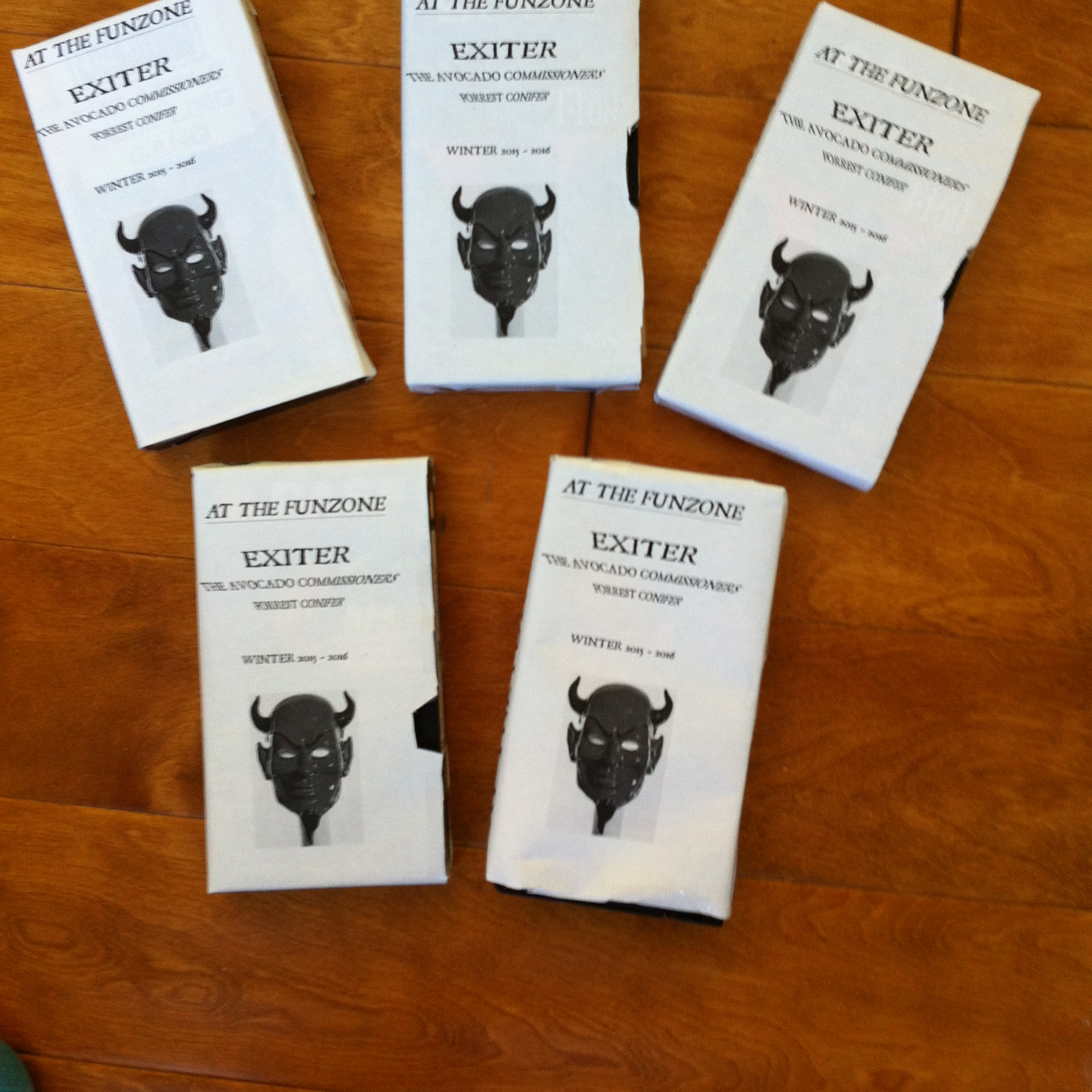 As you may have noticed some new things have been coming around. I've gotten one album released, one album about to be released, and one album almost finished for release. If you have seen the downloads page, I have released Xeh's Urieknutie a little while ago. This is still a derivation of Baal, but I had to change the name for the sake of discarding confusion. I have a no-fi/experimental recording that I recorded back in January, but never got around to releasing. Right now I have just dropped it down to digital files on the computer. I have not thought of any name for the project, nor the album. To give you a hint, the album is hardly structured and mostly just on the spot with me in my living room. Nothing too big or interesting, but I feel that it must be released to a degree before it starts to fade in the memory banks. The next album I am releasing is a Xeh's next album with more industrial, power electronics, and drone noise to it. This will not be an album of ambience, but much like baal but more primitive. I have many other albums/projects in the writing/thought process which will be recorded in the time. Other projects which I have finished are the Funzone recording VHS and the second issue of the Zine. So far 8 duplicates of the Funzone recordings have been made on VHS. Most of these will be given out to friends, but maybe a digital video will be done in time with the help of one of my friends. Second issue of the Vice zine, "Lemonhead", has 50 copies and is currently in circulation. If anyone is interested in buying a copy or trading, let me know. The first issue also has some copies left. Check the downloads and Zines page at the top for more info on these different project. 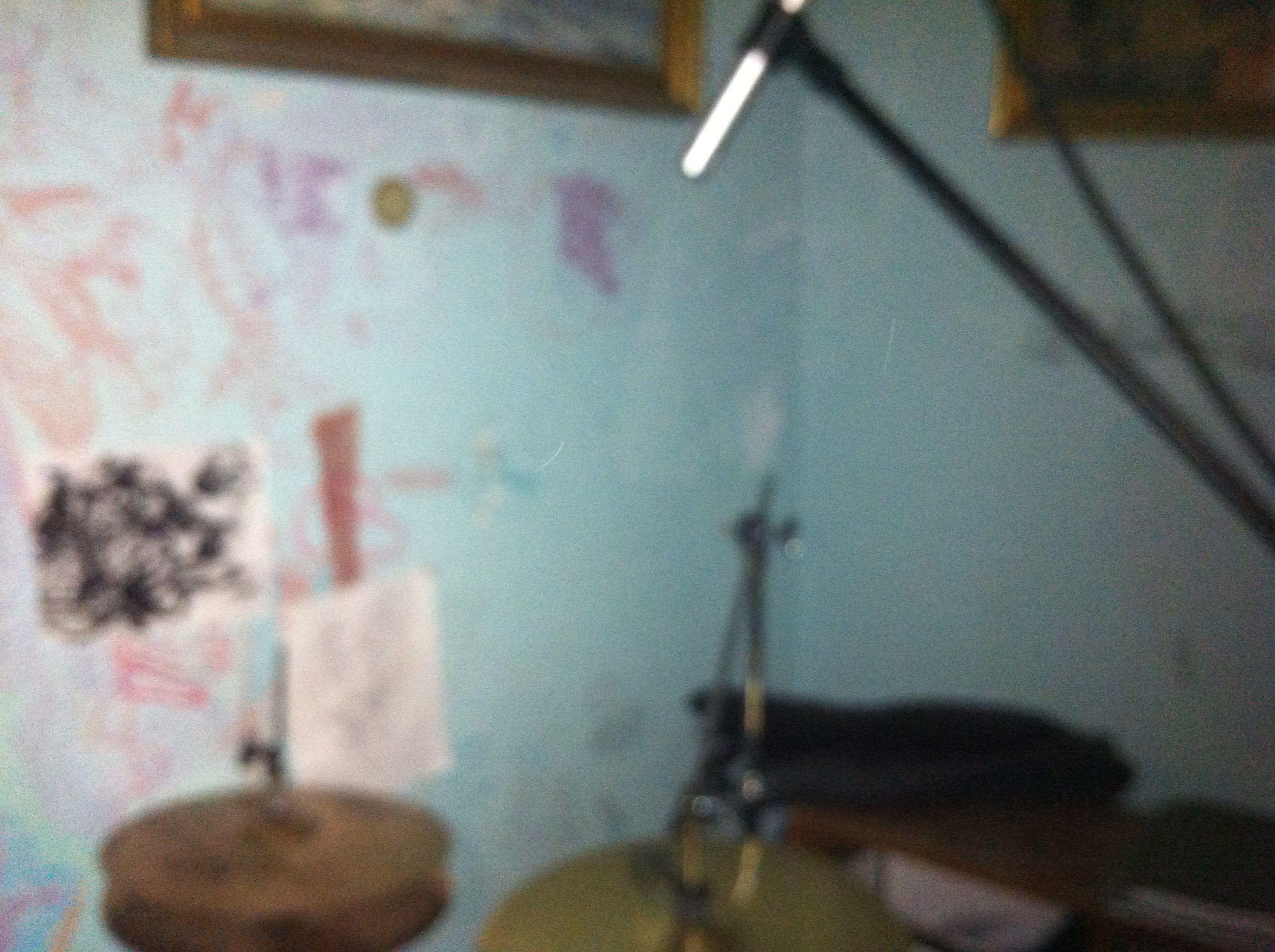 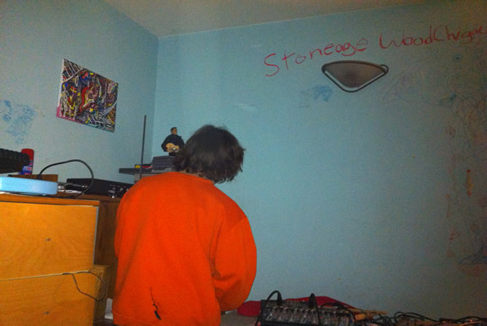 Hello, everyone. It's 2016 now. Haven't updated this site in a good while. But here are some new things in town. Vice zine second issue is on it's way to being released. The master copy is finshed and all we need is to copy it through the machine. We still need some funds for this project, so it might take a little while. On the other hand, I've been spending a few days at the Mapoochay Records studio recording the next album by the noise project Baal. I've finished the rest of the tape at my house using a few new equipments. I'll be releasing that soon enough. I've also recorded a new jam for the Garage Rock project, currently untitled. More recordings and goodies coming in the way for 2016. The Youtube channel 8ball55live has been uploading new gameplays, featuring a78esprit again and a new guest Juicetin(Justin Lee). A VHS split featuring a few local bands is also coming on the way. For now here is a picture of the Mapoochay Records studio. Featuring Kelly Ribiat. 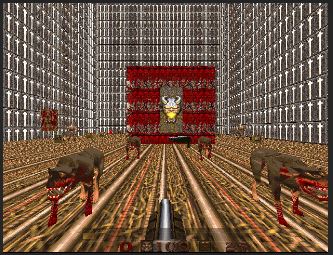 The other day I was creating a new custom Quake I map. This is the first Quake map I have ever created. It was very difficult as there were very limited sources and took me about 2 days to compile the map. I had to use two different programs, one for model making, and then one for compiling. So I have to switch back and forth between both of them. I found QuArK to the be the most useful in terms of compiling and Trenchbroom to be the best in terms of designing. But anyways this is not my fully finished map, I still have a few more to add to it, but I wanted to give you all a little taste of what it will look like. But anyways please download this, it will be on the downloads page! here

November 24, 2015 4:15 PM    Hello everyone, I had just created a few new songs these past few days. I have been trying out a new approach from my last album "3 AM Walk". This time but anyways here is a video of one of the songs which hasn't been released on an album yet. Video is off the show "Cowboy Bebop" and I think you will very much enjoy it. I tried going for a more jazzy Boom Bap beat. If any of you guys want the album download to 3 AM Walk or other downloads check out the download page here